Uterine Orgasms - Myth and Mayhem Online and Between the Sheets

I've already railed on about how awful I think the HERS foundation is, so I don't want this post to be about them. This post is about resuming your sex-life post-hysterectomy. It's about sexual function without a uterus and how a hysterectomy affected my ability to have orgasms.

Waaaaaay to much information for my regular readers, I'm sure, but probably helpful to some woman somewhere (bless your heart, Dear) wondering how a common gynaecological surgery will affect the rest of her life, you know, sexually. 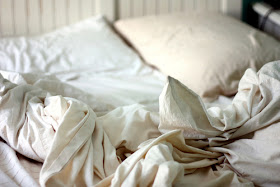 Here's the thing: I stumbled upon some whacktivism pre-hysterectomy that said I probably wouldn't be able to have orgasms post-surgery and that even if I could, they wouldn't be uterine orgasms so they wouldn't be very good ones. It had me greatly disturbed. Having orgasms is very very high on my list of priorities (way higher than, perhaps sadly, a tidy home, maxing out my RRSPs and/or doing something about global warming.)

When I asked my doctor if a hysterectomy would affect orgasm function he said, "There's some debate about that. The majority of women say orgasm is a function of the clitoris but there's... some debate."

The flying monkeys from the HERS foundation are busy all over the internet telling women that they know first hand how great the loss of uterine orgasms are and should a woman post anywhere that a hysterectomy did not affect her ability to have orgasms, they will respond en masse that it's because she's never had a proper orgasm, so she doesn't really know and shouldn't be trusted.

Because I figured out how to diddle myself at the tender age of 4 and have been a quite dedicated to the practice ever since, I was very worried. I'm pretty sure, you see, that having orgasms is one of my fortes. I'm entirely sure that I've been doing it right and having the good kind. 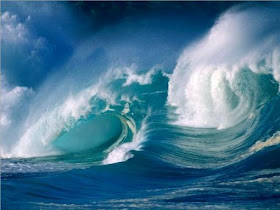 10 years ago I wouldn't have been able to tell you much about uteruses and cervixes or any other of the more elusive female organs, but throughout the course of three pregnancies and a gynecological crises I've learned ever so much about which organ does what and what it feels like when it's doing its thing. I know, for example, what a cervix dilating feels like.

Late in my pregnancies I wouldn't be able to, you know, get off at all -- my uterus would get so hard and tense that I just couldn't relax enough.

The reason I'm explaining all this is simply to insist that I'm sure my orgasms included my uterus -- some of them even originated there without any clitoral stimulation whatsoever.

So. Post-hysterectomy, as soon as was medically prudent, I, you know, tested my ability to orgasm and was delighted to find that I still could, sans uterus, that it was still a rewarding thing to do, like I wasn't all, "that was a waste of two-minutes, I should have sorted through some bills instead," and I slumbered much more peacefully in that knowledge. 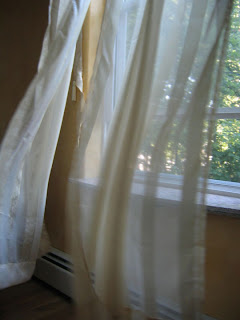 Now. The year I recovered from my hysterectomy was also the same year I had three small children, two of them being under two years of age. This is not a time in which anybody could reasonably expect to describe their sex-life as "rollicking". And it was difficult, and it is still difficult for me to separate all the threads of the various things that were taxing my mojo: the emotional demands of a newborn and a toddler and a preschooler, the physical exhaustion of caring for wee ones, the physical absence of my uterus, the emotional absence of my uterus, the psychological malestrom that is being diagnosed with cervical cancer.

It was hard to make love without thinking about my doctors, my surgery, my cancer diagnosis, and what was missing from my body. Words like "scar," "scalpel", "disease," and "barren" would rise unbidden to the forefront of my mind.

Do you believe what they say about the brain being our biggest sex organ? I do.

Well now. If you take the HERS Foundation's word for it, and I hope you don't, what I've described is very typical of women's experiences and it's the end of the story -- a woman can't have orgasms without a uterus and if she can, they won't be very good ones.

Well now. It's not the end of the story. Here's what I did: I just kept trying without trying too hard, if that makes any sense. I tried not to judge myself harshly. I tried to forget all about my hysterectomy, at least between the sheets, and made myself think about other things. You know, sexy things.

And an odd thing has happened -- my orgasms have improved greatly in their grandiosity, flavour, scope and spectrum. They seem to have "relocated" themselves. My G-spot, which a couple of years ago I would have described as "over-rated" has, to deploy an over-used phrase, really "stepped up." 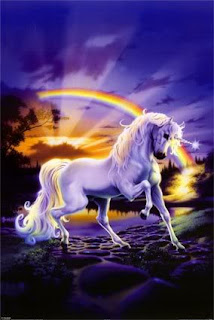 In Mary Roach's fantastic book "BONK: The Curious Coupling of Science and Sex" she writes about the "sexual physiology" of orgasms. According to her research, even paraplegics can have great orgasms. In people who can't feel their genitals, orgasms aren't located in the genitals. They're located elsewhere in a way that's hard to describe but nonetheless intensely awesome.

You know this old joke? 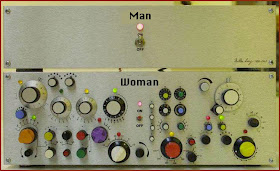 It's true. We're complex. There's a lot of variables that contribute to a woman's ability to orgasm. The good news is, our physiology (which we can't control) has a lot less to do with it than the things we can learn to control.
So if you're reading this because you're recovering from a hysterectomy or terrified of one, please relax. Just keep trying some different combination of buttons and dials. Try not to think about it too hard. You'll figure it out. Be kind to yourself.
Above all, trust your body/mind/soul's ability to heal and don't pay a lick of attention to anyone who tells you you can't.
XOX
Betsy
Betsy B. Honest at 11:49 AM
Share